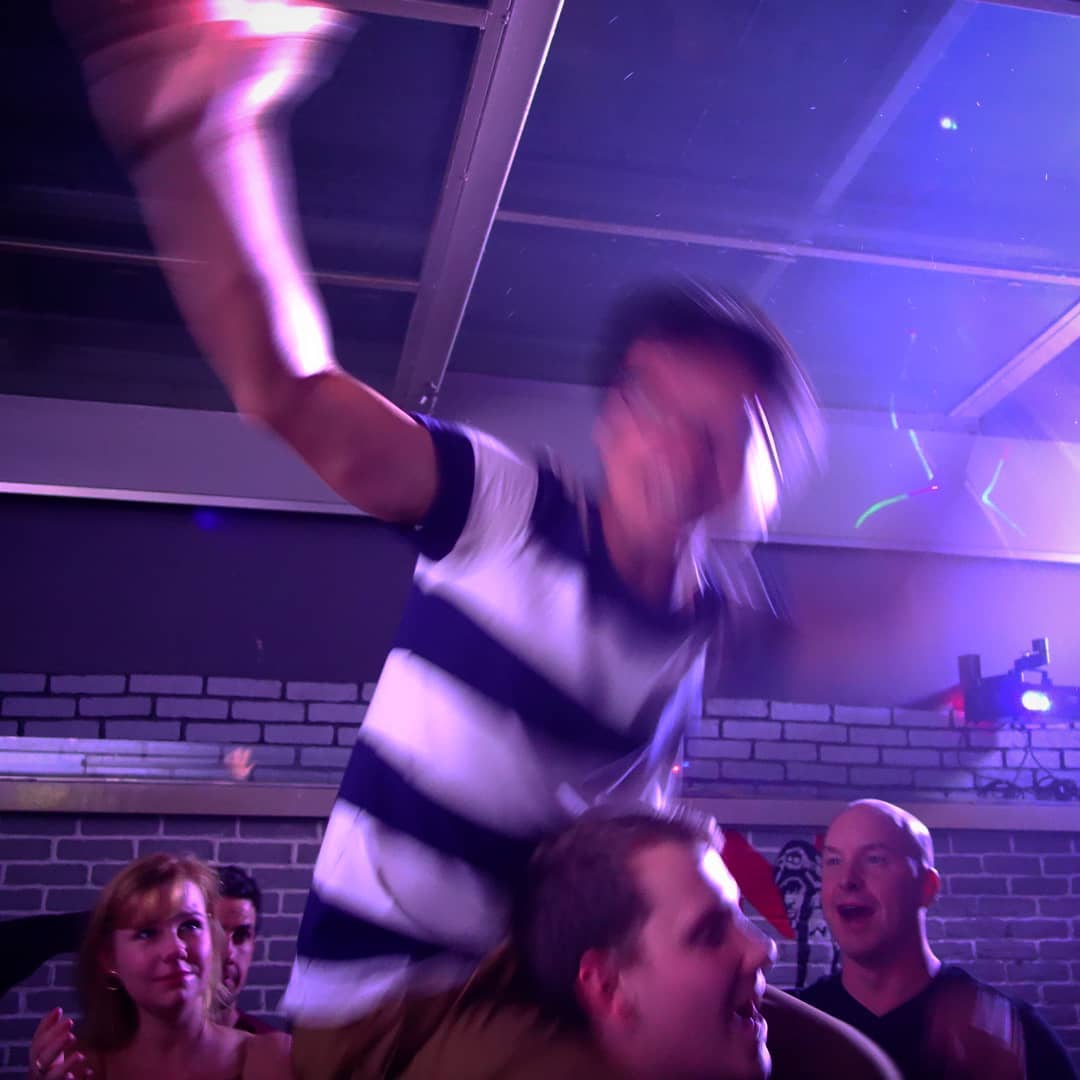 3 years ago, I was pubcrawling in #athens. That was a fun night. That's not me in the picture, that was a guy from China. Later that night he, the mathematician from China joined me, the software engineer from Perú and two other guys, the actuary from India and the political scientists from Wisconsin. We went on trying to do some bar hopping later that night as the gang of 4 nerds. They didn't let us in to any club. We ended up having gyros and talking nerd stuff. #pubcrawl #greece #party #nerd